The Louis Vuitton Foundation is… In Tune with the World 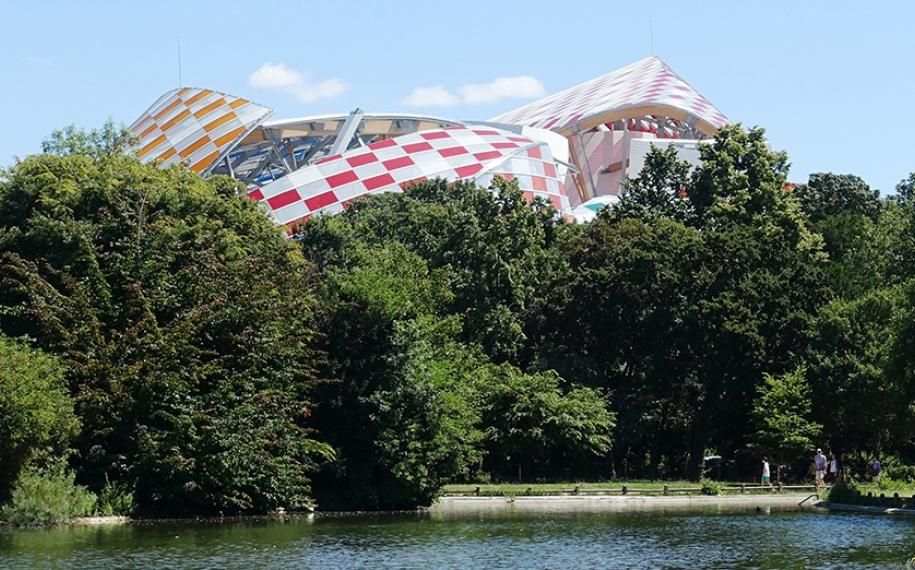 The Louis Vuitton Foundation, after hosting the MOMA, has organised an incredible exhibition called IN TUNE WITH THE WORLD, which runs until August 27th. Come and discover it during your stay at the Hotel Doisy Etoile!

The Louis Vuitton Foundation is a fabulous showcase

Housed in an innovative building created by the architect Frank Gehry at the request of Bernard Arnault, the CEO of LVMH, the Louis Vuitton Foundation aims to support contemporary French and international artistic creation and make it accessible to as many people as possible. The building rises above a mirror of water amidst the venerable trees of the Jardin d’Acclimatation and was the first artistic statement by the Louis Vuitton Foundation.

A wide selection of artists

‘In Tune with the World’ unveils a new selection of works from the foundation’s collection that have been chosen to represent the theme of humankind’s place in the universe and the bonds that connect it to its environment and the living world. The exhibition, which mixes modern and contemporary works, has brought together some thirty renowned creators such as Henri Matisse, Alberto Giacometti, Trisha Donnelly, Gerhard Richter, Yves Klein, Pierre Huyghe, Adrian Villar Rojas and, especially, the Japanese artist Takashi Murakami.

The exhibition is organised around two complementary sequences. The ‘A’ sequence found on level 2 is entirely dedicated to Takashi Murakami, whose work blurs the distinction between high and low art and can be perceived as standing at the crossroads of manga, traditional Japanese painting and a Pop Art inherited from Warhol. The ‘B’ sequence occupies the other 3 levels of the building, where the works of 28 French and international artists have been gathered around the theme of ‘Man in the Living Universe’. Most of these major works have never previously been exhibited in this location.

- Louis Vuitton Foundation
- ‘In Tune with the World’