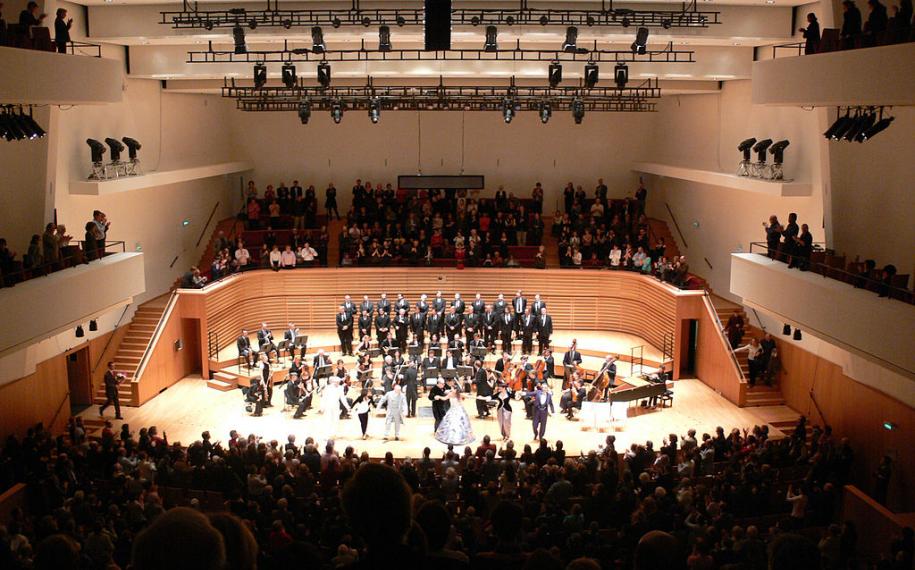 A ten-minute walk from your Hotel Doisy Etoile can be found one of the most well-regarded concert halls in Paris; the Salle Pleyel. Originally a venue for classical orchestral music, the hall has sought to widen its appeal in recent years and today hosts a very varied programme that includes contemporary and popular music performances. Discover it during your Parisian break!

The story of the Salle Pleyel

Commissioned in 1927 by the Pleyel et Cie piano manufacturing company, the Salle Pleyel was, until 2014-2015, reserved almost exclusively for symphonic music concerts. Its large seating capacity and exceptional acoustics were major factors in building the considerable reputation of the venue as both a concert hall and an exceptional environment in which to make great-sounding recordings of not just classical music, but also pop and jazz. Works by Fauré, Ravel and Boulez were first performed there, and artistes as diverse as Count Basie, Georges Brassens, France Gall, Etienne Daho and Miles Davis made live records within this beautiful Art Deco space! The hall underwent major renovations in the early 21st century to improve its acoustics still further.

A programme of charm and diversity

Take the opportunity during your stay at the Hotel Doisy Etoile to catch a concert at the Salle Pleyel. Symphonic music is now being performed in other venues, but the Pleyel offers a wealth of choice. In October, for example, you can catch a show by singer/songwriter David Hallyday, and performances featuring the eclectic sounds of Chico & The Gipsies, the world music of Beirut, Hugues Aufray's guitar folk and The Divine Comedy's English pop. In addition to its perfect sound, the hall is generously spacious, boasting some 2,000 seats.

Enhance the enjoyment of your stay in Paris at the Hotel Doisy Etoile by catching a favourite band or singer performing in a legendary venue. The beautifully restored Salle Pleyel is also a charming historic monument in which every architectural detail is a marvel.