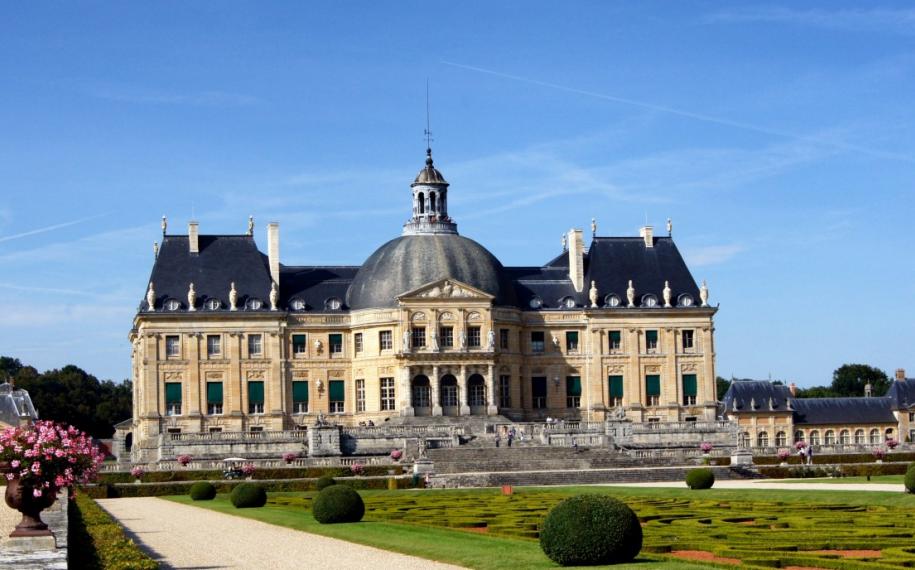 The 17th arrondissement is one of the most representative of the architectural heritage of the city of Paris. Here we find the most beautiful expressions of the Haussmannian or neo-renaissance style. It is amidst this privileged setting that the boutique Hotel Doisy Etoile reveals its many charms. During your stay in this warm and welcoming haven, we invite you to visit the most emblematic Baroque French manor house: The Château de Vaux-le-Vicomte.

The Château de Vaux-le-Vicomte was inaugurated on August 17th, 1661 in the presence of the Sun King, Louis IV. The château was built at the behest of Nicolas Fouquet, the king’s Superintendent of Finances. For this purpose, three of the greatest artists and craftsmen of the Grand Siècle were brought together under the supervision of the architect Louis le Vau: painter Charles LeBrun, landscape architect André Le Nôtre, and stonemason Michel Villedo. The château, which sits in a 500-hectare park, has a hundred rooms, three floors and covers 2,500m2. The largest private property in France, it has been open to visitors since 1968.

A celebration in light

The Château de Vaux-le-Vicomte welcomes visitors from October 17th, 2020 to January 3rd, 2021, for the 15th edition of the Vaux-le-Vicomte Illuminations. This annual event sees the château bedecked with an enchanting display of lights and decorations, allowing you to discover this magnificent building resplendent in its most brilliant finery. The garden, too, is adorned with multiple garlands of light.

The château is completely transformed in keeping with the celebration. Illuminations and special surprises turn each room and each space into a magical place appealing to all ages. Among the various rooms, you’ll find a 1.8-metre tall chocolate sculpture, musical automatons created by Michel Taillis, and a monumental chandelier 8 metres high. As night falls, the building’s facade becomes a screen on which is projected an audio-visual journey through the history of the château.