Bastille Day in Paris; get a front row seat 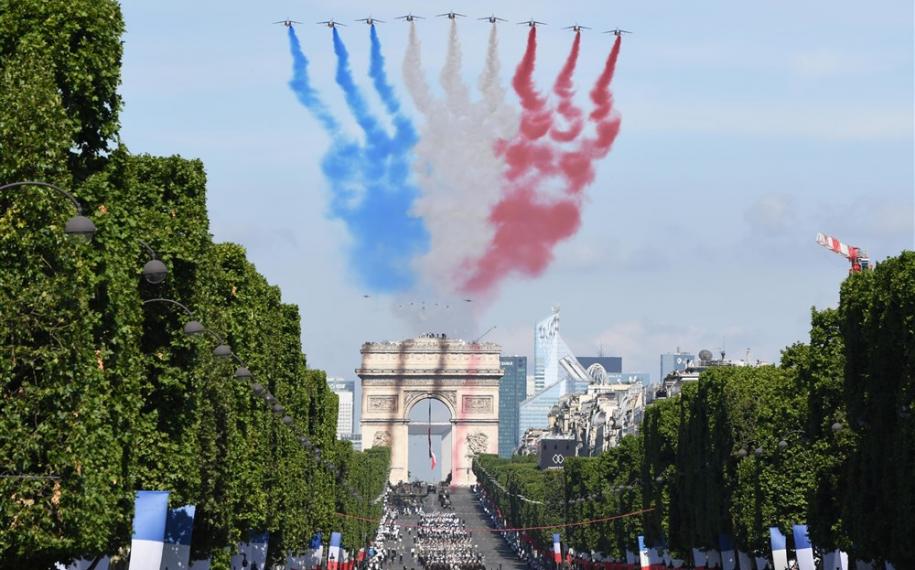 You’ve heard of Bastille Day and maybe even watched the celebrations on TV. This year, why not come to Paris for July 14th and experience the fun and excitement live? Staying at the Hotel Doisy Etoile, you’ll be in the front row!

Bastille Day is synonymous with celebrations, parties and fireworks, but the day’s most impressive event is always the military parade, the largest in Europe. The Champs-Elysées is the setting as the military might of France passes before the nation’s president, government officials and foreign guests on the route from the Arc de Triomphe to the Place de la Concorde. Among other military units, you’ll see the famous Republican Guards on horseback, with the French Foreign Legion bringing up the rear.

The spectacle of the Patrouille de France

Some attend the parade just to see them! The planes of the Patrouille de France, the French Air Force precision aerobatic display unit, present a magnificent spectacle over Paris on Bastille Day. Sweeping across the sky, almost always blue, the unit’s Alpha Jets create elegant trails of blue, white, and red smoke, representing the colours of the French flag. The low altitude flypasts and pirouettes always arouse admiration, especially in combination with the magnificent scenery of the Arc de Triomphe and the Champs-Elysées. Helicopters and other aircraft of the armed forces, the National Gendarmerie, the Sécurité Civile and various firefighting units complete the aerial ballet, creating a moment of magic that enchants all ages!

Thanks to its ideal location just a few steps from the Place de l'Etoile, your Hotel Doisy Etoile offers the ideal starting point for your Bastille Day in Paris. It takes about ten minutes to walk to the most beautiful avenue in the world to experience one of the most exhilarating moments of the year. Contact us to book your room today.